In honor of Mother’s Day, I am dedicating each Sunday in May to a different mom who has intrigued, influenced, and inspired me with her design style, career choice, decorating aesthetic and/or all of the above!

Taryn is an Emmy award-winning journalist who, with her husband Jon, are anchors and co-anchors of various programs at KOLN 10/11 news in Lincoln, Nebraska. In her career, Taryn has worked for HGTV and the DIY network, which is SO fascinating to me! Combined with her strong love of family, Taryn creates a home full of meaningful connections and the wonderful memories they have created together.

Missy: What was your role when you worked with HGTV? What are some favorite memories or unique experiences?

Taryn: I moved to Knoxville, Tennessee in 1996, just after getting married. I was surprised to discover that HGTV was located in Knoxville! I applied at Scripps Productions, and was hired by the end of the week as a researcher for “America’s Castles” on the A&E Network. Scripps Productions was the production company that produced shows for many national cable networks and it was located with HGTV. After about six months, I started as production assistant for a new show for HGTV called “Country Home.” I then worked my way up to segment producer/producer for “Country Home” and then “Country Style” on HGTV. In these roles, I researched and scouted locations, helped form itineraries and traveled with the crew on shoots to various places around the country. I then helped write and produce the stories to air in the show. In 2003, we moved back home to Lincoln, and I continued to produce for “Country Style” flying to various locations to meet the crew; I would write from home. I also worked on “DIY Basics” for the DIY Network from my home in Lincoln as well.

We didn’t have smart phones then or digital photos, so after taking pictures scouting a location like Fredericksburg, Texas, I’d get the photos developed and pitch the location (it had to be a good story with visual eye candy for the viewer) to my producer and executive producer. On shoots, we’d be at a location like the Hamptons for a week; while there, you wanted to gather as many stories as possible. So, it was best to get two stories and a few tips from one homeowner in one day, and then go to another homeowner the next day. For example, on a Monday, your first guest might give you great kitchen and garden segments with a few design tips and on Tuesday you would interview an artist and do an extra story on their bedroom design. My crew and I would put in long days, sometimes working for 12 hours, but we had so much fun meeting our guests and exploring new cities.

Missy: How do you think HGTV has changed from your time working with them?

Taryn: Working for HGTV was an amazing experience, and I’m extremely grateful for that special time in my life. We loved living in Knoxville near the Smoky Mountains, and we met lifelong friends. I love to travel and tell stories, so going to places like Santa Fe, Nantucket and Key West was memorable. And I met people like Dan Rather, Dolly Parton, Faith Hill and Glenna Goodacre (Harry Connick Jr’s mother-in-law and a famous artist). I was just 25 and only a few months into working for Scripps/HGTV, when my boss asked me to go on a scouting trip to New England. I thought, “I actually get to fly there for work?” I worked closely with designer Mary Emmerling on “Country at Home.” We became good friends, and I learned so much about interior design. It really was like taking a design class every day working for HGTV.

Taryn: HGTV has really grown as a network; I was there when it was just getting started. Our hosts were designers who typically didn’t have much television experience. They had amazing design knowledge but they had to learn to host on the job. Mary Emmerling knew of my on-air broadcasting background, so she had me help her with reading her scripts. We also spent lots of time lighting a room for it to be beautifully presented on air. Our segments were more storytelling. Now, many shows on HGTV are reality-based and hosts like Chip and Joanna Gaines are great presenters.

Missy: What are some of your past or current favorite HGTV shows?

Taryn: I really enjoyed “Fixer Upper” on HGTV. And I’m ashamed to say it, but I haven’t watched much television lately. My job at 10/11 and the kids’ activities have kept me pretty busy.

Missy: How would you describe your home decorating style?

Taryn: I really like the style Joanna Gaines has going at Magnolia. I was raised on a farm and love searching for antiques and treasures at events like Junkstock near Waterloo. Working at HGTV, I saw unreal million-dollar homes and then modest bungalows. I learned so much about decorating to fit your budget and making a house your home, telling your story. You really want a house to reflect you. Mary Emmerling once told me to buy a modest home and then decorate it beautifully. So many times we think we need a huge home, but then we can’t design it the way we want inside. And if you have kids, use antiques. If they make more marks, it just adds to the patina! My son Jacob has an old dresser that belonged to my grandpa in his room, and my daughter Olivia’s bedroom set belonged to Jon’s grandparents.

Missy: What is your favorite room in your home and why?

Taryn: I really like the front room in my house. It’s quiet and has a pretty view out the windows. It has light gray walls, a navy sofa, an old piano from my husband’s church, an antique radio from my husband’s family, embroidered pillows of Nebraska and Tennessee where we lived, a framed card of our state capitol drawn by a local artist, a huge framed “Vanderford” given to us as a wedding gift, and two antique family frames with black and white wedding photos of our grandparents, parents and ourselves. There’s also an antique chest I picked up at Carol Hicks Bolton Antiques in Fredericksburg, Texas. Carol is a good friend I interviewed for HGTV, and her store is amazing. I HIGHLY recommend a trip to Fredericksburg; one of my favorite towns. And I can’t forget the silhouettes of my kids made by an artist in Disneyland. This room tells a story and is filled with things we love.

Missy: Who or what inspires your home decorating?

Taryn: I do enjoy following designers on social media now. And on our 10/11 show “Pure Nebraska”, I get inspired by our state’s artists. We also have so many great local stores like Salt Creek Mercantile in Ashland and Found & Flora in Wahoo. Lee Douglas Interiors also does design features with me for “First at Four” on 10/11, and it’s fun to see their latest ideas. We also like pigs, so I have a few pig pieces in the house. My dad was a hog farmer, my mom was a National Pork Queen, and my daughter Olivia shows pigs in 4-H.

Missy: Do you have a favorite home accent in your home? Why is it your favorite?

Taryn: That’s tough. I do love this coffee table I bought at the Heart of Country antique show in Nashville on an HGTV shoot. I’ll never part with it because of the memories of working at HGTV, and it’s just cool.

The Importance of Family

Missy: What are some of your favorite family traditions in your home?

Taryn: One tradition is cutting down a fresh Christmas tree at Walnut Grove Tree Farm. Again, we like supporting local, and it’s so fun to bring that fresh tree into our home each year. We have an artificial tree, too, that’s from Tennessee. The local Nebraska tree is filled with all the kids’ ornaments, you know, those special family ones. And then the artificial tree has more of a designer look. And I have themed birthday parties for my kids every year. They pick the idea, and I love decorating to match. For Olivia’s 13th birthday, the party favors were antique pins attached to fun vintage fabric. And for her “Bewitched” party I made broom party favors!

Missy: What are some of your favorite memories of your family in your home?

Taryn: My family of four really loves to be together. We like to cook, and we watch old TV shows like “Little House on the Prairie”, “Bewitched” and “Bonanza.” Music is also very important to us, and the kids have been doing vocal lessons from our home during the pandemic…making for an interesting memory.

Missy: If you could give your children one piece of advice, what would it be?

Taryn: Be happy. Make memories. Travel. Be together. When a home is filled with memories and what you love, it can bring a smile to your face every day.

What a fascinating mom! Taryn has had such an interesting journey as a career journalist. (And, how exciting to work with HGTV!) I love watching her on our local KOLN 10/11 news station and am so honored that she would share her stories with us.

However exciting her career might be, Taryn and her husband, Jon, have always known the importance of family and are committed to creating and preserving memories within their home that will, undoubtedly, be passed down to their children.

Thank you, Taryn Vanderford, for a peek into your career, home, and beautiful family! Happy Mother’s Day, Taryn!

Hi! I'm Missy and welcome to Sonata Home Design! I am passionate about home decorating and take pride in helping you design a cozy home that reflects your personality. From home styling advice and DIY projects to working with color and pattern—you'll find it all here! Come join me on this journey of discovering the beauty within each space. To get to know me better, head over to the MEET MISSY page. 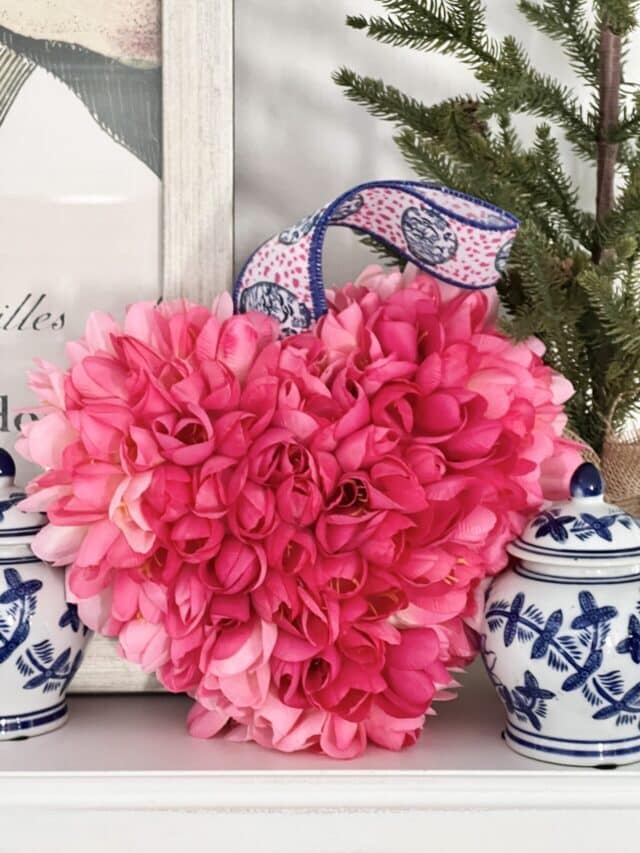 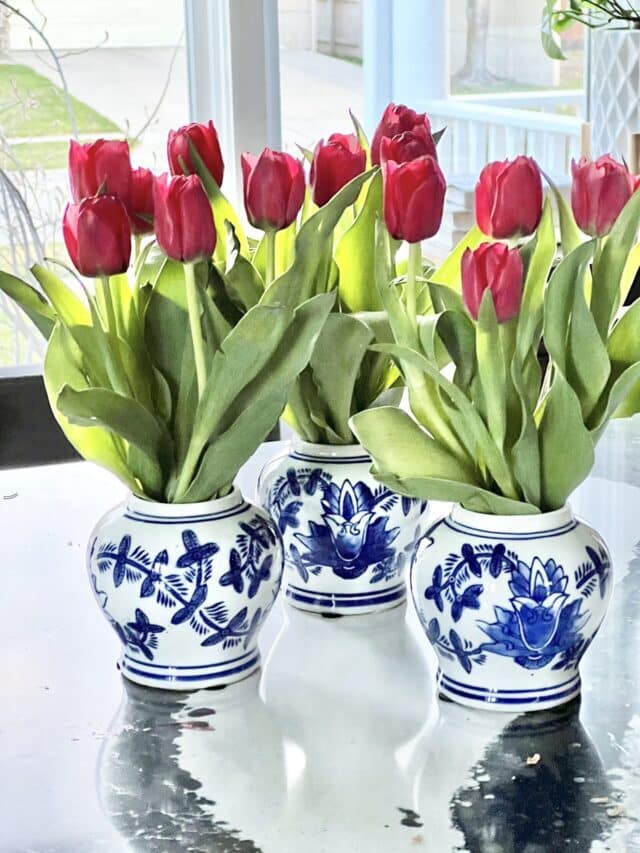 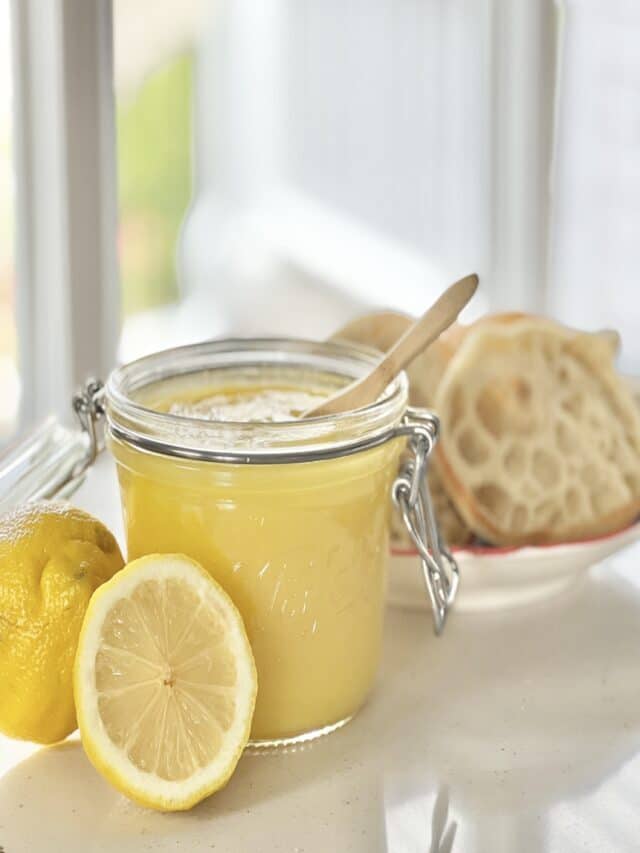 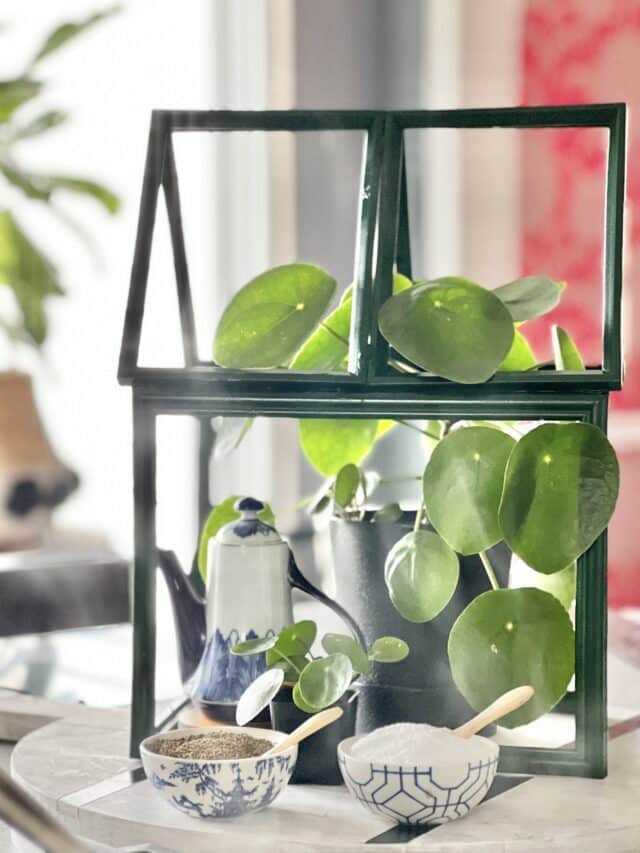 This blog contains affiliate links. This means a small commission is earned if you make a purchase by using this link. The price you pay will be the same whether you use the affiliate link or go directly to the vendor’s website using a non-affiliate link. Sonata Home Design is a participant in the Amazon Services LLC Associates Program, an affiliate advertising program designed to provide a means for us to earn fees by linking to Amazon.com and affiliated sites.